Ultimate strategy of my life

My whole life has been a fortunate set of at least 1000 to 2000 lucky breaks, that becaue I was in such innocent and vulnerable shape, almost a helpless fragile childhood state with no one helping me at all, thet if I waited about three days, I would have missed the boat, and I would have become homeless, and starved to death. End of story.

PUBLIC SCHOOL: Hard time there. You were stuck confined to a desk and told to sit still. Only a year of misery. Had a vivid imagination to cope with the social isolation. Looked forward to every summer free from the misery of public school, Listen ro Alice Cooper's "School's Out!" I instantly became a fan of his. The early Canadian Music Scene had arrived on AM radio. Big influence. Saw Tom Petty with Mudcrutch less than 500 feet from my doorstop, only six people were watching. Big Byrds influence. Big fan of CFTO in Toronto, and Buffalo channel 17 educational TV, Wild Kingdom, Match Game, Jeopardy especially the oldies verson of the Jeopardy thems song, Gong Show,, and space adventures. Monkees and Partridge Family. Favourate movies: Jesus Christ Superstar, Tommy, Star Wars, Sound of Music, Jaws, including classical music influences. Book influence: Canadian Author Fairly Mowatt, an almost insane quanitity of "How and Why" series books. Science Centre: tryed to get a speech synthesizer to say "SHIT!" but it kept saying "SHIZ" no matter what phonems I used. Must have been deliberatly programed to keep all the bad words from being herd.

Alice Cooper, my childhood Idol is from Detroit!

Party experience! Got to meet Canadian and American Sea cadets. Started to appreciate the people who sacrificed themselves in the war effort.


The new order MENNONITE CHURCH: My Pensilvania Dutch foster family, the new order mennonite church, the new order youth club is the dominant influence for me. I also had a strong appreciation for Amish people.

Movies: ET. Close Encounters, A Spielsburg influence, War Games: Mathiew Broadrick, Dabney Coleman, John wood. Walked out when the blood splattered on Raiders because I couldn't stand people getting hurt. Loved to sing at church, and sing the national anthem both Canadian and American. 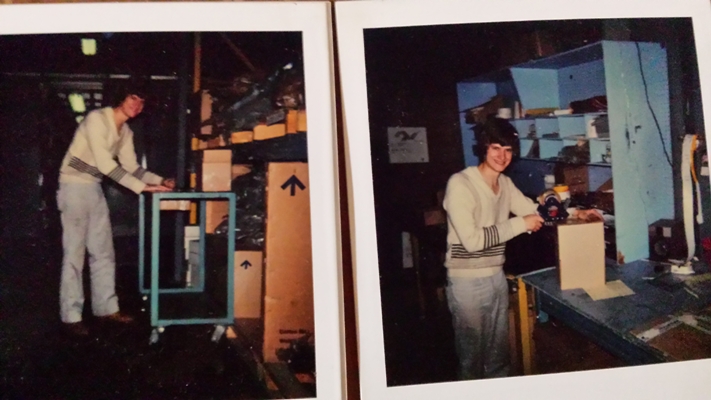 HYUNDAI WAREHOUSE: Another party experience. I picked and packed auto parts for good money. Hyundai used a very detailed and coprehensive inventory control system which took orders from dealerships, printed invoices, with addresses and stickers to show locations for the pickers.

Rediscoverd Simon and Garfunkel, another important influence, "59th Street Bridge/Feeling Groovy" very similar to my earliest inspirational John Denver inspired "Sunshine on my shoulders which not only helped me appreciate my feelings about life and the environment, but gave me tears of joy as a very good music influence getting me to appreciate when I once had it good. Pay especially close attention to George Burns - John Denver's "Oh God!" it's very good, very worthwhile, inspirational thing to see. I love both of them a lot. It helped me appreciate music and movies better, at the time I had grown tired of all mass media, the disco age had had a negative impact, which was very distreasing to music people everywhere. I hadn't discovered the heavy metal and Sex Pistols, Fleetwood Mac, or Abba yet, because they weren't on the radio or TV.

Thin film Identification Security coating technician. I was "let go" for no reason. Had a coworker who kept stabbing me in the back. Shift work was terrible. Had a car radio with AM radio with cassette, which was a constant companion on the long drive to work on the 401. Sang along with my favourite music influences on oldies AM radio from the 1960's and 1970's. Rush Chronicles double cassette!

Looking for work. UI had computers which helped find employment but found squat.

SCARBOROUGH THEATRE GUILD, ONT: Amateur Theatre. Another party opportunity. Started out in the booth as sound engineer, and helped build sets. Later, got on stage as Dave Ogden of Who Killed Santa Clause. All kinds of good people who were part of amateur theatre, all creative people, who helped me become a better person socially. TV: A lot of protests, an insane number of protesters, and an insane number of heavily protected police, being given the heavy handed treatment, at Economic Summits It was the first time I realize that all of the Governments in the world could have been corrupt, and totally potentially useless and potentially dangerous to me, which was an almost distressing "arm twisting" situation influence to even good governments, by those evil people who are responcible for the economic distress of people worldwide. Globalization is almost a joke word for world wide conspiracy.

BIG EVENT IN MY LIFE! Remembering those who contributed sacrificed themselves to get rid of the terrible people who threatened the free world. I heard Bryan Adam's "Rememberance Day" on video at 12:00 NOON, after watching the commemorations of the war movement in Ottawa up to 11:OOAM I see every year. It's very moving, I already had good vibes about Brian Adams because I kept playing his "Reckless" album endlessly as soon as I heard it for the first time, something that is an almost universally appreciated album, almost as good as having a "Frog Stomp" and "Freak Show" Daniel John's Silver Chair efforts, sonething which was so inspirational that it brought me to live and got me to write the whole "Pure Venom" album in three months. Pure Massacre, and other Silverchair songs are the best theme songs available of all the distressed people seeing terrible things on CNN, definately worth investing and watching. When I first saw the carnage on TV, I only hoped that someone else with the proper authourity would surface and make a difference. I hope you love Brian Adams like I can't help doing, expecially for the "Rememberence Day" song. Take the trouble to send him, and those connected to him a card or something to show you're appreciation to this very special force in music.Don Cherry was always telling people to appreciate people who were part of the war effort, I miss him on "Coaches Corner". He got too careless and lost his job. I always looked forward to putting a toonie into the poppy box, and have someone, who lost children to the war effort, be very hospitable pinning the poppy to my chest, and showng that someone gave a damn for their massive sacrifice. They deserve to get about $400, the maximum limit out a cash machine. Don Cherry was a big force in my life, watched his documentary talking about how he coached for a living. 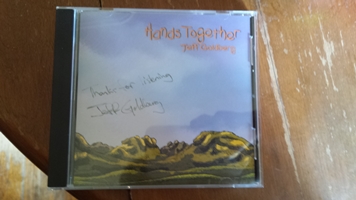 Took an INTERMEDIATE NIGHT GUITAR CLASS at nearby Cedebrai High School. Met somebody named James who was a guitar guru. Didn't know at the time he was James Iha of the Smashing Pumpkins. We had a lot of fun playing guitar together in the class. Sold me a "Seagull" custom guitar. Later he did the "Let It Come Down" album, and performed "Country Girl" at MuchMusic.

Jeff Goldberg, who wrote his "Hands Together" album taught ME and a few others in the class some very good things which helped all of us to be better songwriters.

Got 2 Hr Blues video, learned blues power chords and pentatonic lead guitar, Eric Clapton: Layla, Jeff Beck: Major and Minor and scale change. Started recording when scored a betamax stereo studio quality video machine with overdubbing capability on the right channel. I'm totally inadequate as a songwriter, with most people who are promising being capable of songwriting with cassette, or reel to reel tape players with out the benefit of overdubbing which is the most important whole point of recording, because you can experiment with one track at a time, and focus hard on each track, and filter all the most presentable tracks into presentable songs. "Beck Hanson" is a much better songwriter than I am, he used a reel to reel recorder to come up with his "Mellow Gold" album. TV CNN: Horrifying terrorism Israel, and Timothy Mcveigh. Movie: Titanic - Leonard Decaprio and Celine Dion's "My Heart will go on" the ultimate love song. TV: Mr Bean, Michael Palens around the world in 80 days.

When my Betamax player broke, looked for an alternative, and found nothing useful. Wrote program to handle 4 Channel Digital recording, and Mixing on home computer.

Wrote "The Second Millenium" song. Thought I had something presentable to celebrate the change between 1999 to 2000 on new years eve. Contacted every label in Toronto, telling them about the Millenium Song. Got an enthusiastic Manager from the great big WARNER - CHAPPEL label, called me about a month later, who told me, the "Millenium Song" would be submitted to a panel of higher ups who will be making decisions. Waited a few months, but didn't hear any more from the label.

Centenial College: Good opportunity teaching students in computer science, a creative outlet. College insisted a year later for a "Teaching Certificate" so had to leave.

Got 12 string electric and 12 acoustic guitars, and a CD burner for computer.

Looked for work. Used computer to fax resumes to companies. Found nothing.

TV: Saw the terrible terrorists attack on 911 in New York and Washington DC. Wrote " I Want to Help Out" on the "Intimacy Forever" album. Met Moe Berg at a Songwriter's Association of Canada "Power Songshop" who definately knows something about songwriting. 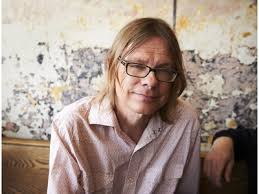 Life stalled hard for a long time! City of Toronto brought in red light cameras which takes pictures of licence plates, and send a $300 fine. Cut the yellow light timing in half. Felt insecure, couldn't count on usual safe driving. Big hit in insecurity to mental reasorces. Went to a doctor for medication which fogged mind. Didn't touch music equipment or enjoyed any influences., or enjoyed social life. Just watched TV but got nothing out of it. Got

regular councelling from a physiatrist.

FAIRDEAL: A good opportunity in a warehouse, 40 hour weeks, selling products to dollar stores, though it was only three months diration. Didn't have a computer inventory system, everything was manual. Even people who worked there for years had trouble with reading handwrtten invoices, dealing with backorders, and wrong parts put in wrong locations.

Agent Gig Experience: 15 interesting but very short duration projects, about 8 hours to 24 hours, all in warehouses. All would fire for no decent reason. Agents would call and always say "They didn't need you anymore." Gave that up after six months. 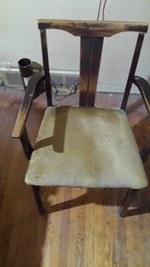 Inspiration: God told me "Forget about insecurity, live up to your genetic instructions, and you can reach maximum mental power running free of worries. Lead to inspiration of the Intimacy Forever Album